The terroir is unique: the blue clays of Château des Bachelards are found nowhere else in Beaujolais and give the wine a particular velvety texture and mouthfeel. The Clos des Bachelards is a Monopole, also unique. Our terroirs have been enhanced by a chemical-free agriculture since 2007 and this changes everything!

The granite terroir of Fleurie

There is not one Beaujolais terroir, but several of course.

I quote Georges Truc, an eminent oeno-geologist, about our granite: "It is found in many places on the eastern edge of the Massif Central. It has the particularity of having undergone alteration phenomena, some of which may be very old (Secondary and Tertiary), just as in Condrieu or Hermitage, which have transformed a certain thickness of this granite thanks to the "argillisation" of feldspars and micas; These families of minerals are alumina silicates, sensitive to alteration, which have been destructured, depleted of potassium, iron and magnesium and whose silica and alumina molecules have re-combined to give clays. This small miracle of alteration allows a rock that appears to be resistant to all the tests of time to become a clayey sand. Sand? Indeed, quartz is not very sensitive to alteration and once released gives grains the size of those of sands. The term "saprolite" does not refer to a category of granite but to the weathered layer that has formed at its expense. Saprolites exist everywhere and on different rocks.

The fact that this altered layer is still in place means that erosion in all its forms, and not just the glacial phases of the Quaternary, has spared them (same thing in Côte-Rôtie, Condrieu, Hermitage...).

The pink colour of your granites is due to the feldspars, it is true; a more rusty tint is frequently added due to the iron of the black micas, released and integrated into oxides. The age of 550 Ma that you indicate seems to me to be exaggerated (attached is a map of the Massif Central from one of my colleagues on which you will find your dear granites and their age).

Yes, the phenomenon of weathering leads to the existence of complex terroirs. Without it, these soils would be very poor. Clays are wonderful minerals, which we call the banks of the subsoil because they contain the mineral elements essential to the vine, to the synthesis of certain enzymes, which are themselves involved in the processes of elaboration of aromatic molecules and tannins. The touch of the mouth joins the tactile touch sensu stricto and we end up with geo-sensory tasting. Claude Bourguignon loves them... I would like to remind you that Claude Bourguignon made the soil analysis pits at Château des Bachelards when I arrived in 2014.

The photo is of Claude Bourguignon, Agronomist and founder of the LAMS Laboratory, specialist in soil life. We worked together on the terroirs of Bachelards. 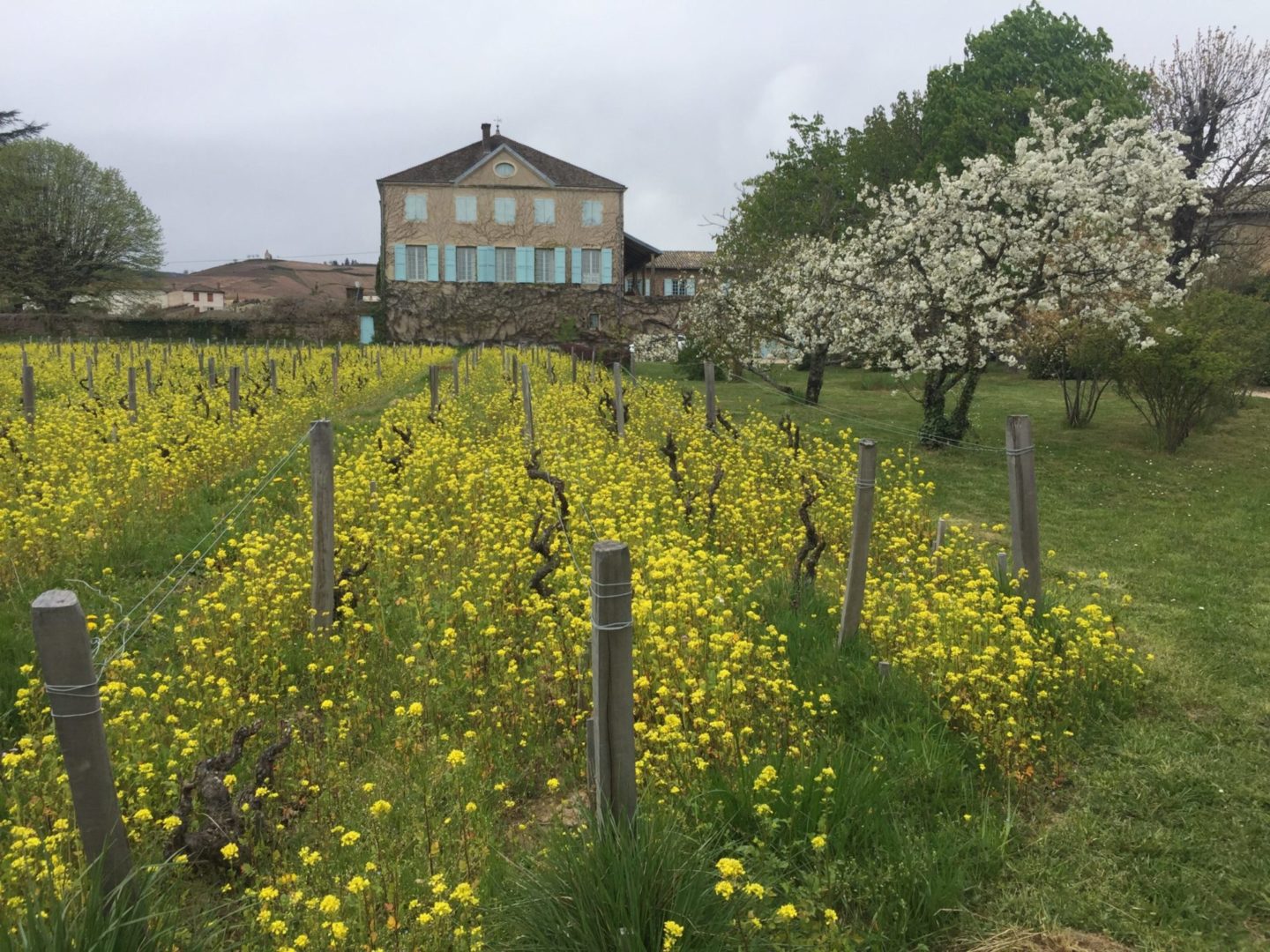 The terroir of Fleurie

The specificity of the Fleurie cru is the omnipresence of pink granite which was formed 350 million years ago during the formation of the Hercynian chain. Buried under the mountain range, it appeared during the almost complete erosion of the Hercynian chain. The terroir of Fleurie is strewn with these small pink pebbles with sharp edges which give it a poor soil where the vine struggles to survive. The pink granite, which is composed of mica (black), quartz and feldspar, gives the Fleurie wine the unique floral diversity that gives it its name.

On the impressive slopes crowned by the chapel dedicated to the Madonna, the vines are planted directly on the granitic mother rock, resulting in more chiselled wines with bright colours. Further down, the soil is slightly richer in clay, which produces more complex wines with darker colours. But they all share the same harmony and aromatic complexity that make them unique with good ageing potential. This is where the plots of Château des Bachelards are located.

In the 18th century, the Cistercian monk Dom Denise wrote in his memoir: "the vine that produces the best wines of Burgundy is planted at the beginning of the hillside, on a gently sloping plane. But the vines which are planted at the top of the slope do not produce a wine of as fine a quality as those which are at the foot and on the lower part of the slope of the same hill". This is exactly the situation of the Château des Bachelards in Fleurie.

Naturalness and Biodynamics in all its forms

The Château des Bachelards is a pioneer in Fleurie in many ways:

Register and don't miss any news from the Château des Bachelards.

"By drinking the organic and biodynamic Demeter certified wines of Château des Bachelards you are part of the solution, not part of the problem and we thank you for that." Alexandra de Vazeilles