The History of the Château des Bachelards

I have been making my vintages day after day with passion, in a natural way and without any chemicals since 2007 and that changes everything. Bachelards is the pioneer of certified organic and biodynamic agriculture in the Fleurie, Moulin-à-Vent and Saint-Amour appellations. The Benedictine monks created the vineyard in the 11th century because the terroir is exceptional and the wines produced are unique and like no other. I follow this lineage with respect and renewal.

The Château des Bachelards is Biodynamic in Fleurie.

The vineyard was replanted after the phylloxera epidemic, as was the case everywhere in France, but another rare fact for the region is that few vines have been uprooted since then, and even today many of the old vines on the estate date back to 1910, with the average age of the vines ranging from 60 to over 100 years.

Replanting was done systematically using a massal selection and today the estate is planted with between 9 and 10,000 vines per hectare. In 2007, a new owner took over the estate and converted it to organic farming, which is unique in Fleurie and makes the Château des Bachelards a forerunner in this field.

The vineyard has been certified organic since 2007 and certified biodynamic since 2015 by Demeter. Since 2017 the Château des Bachelards has also been awarded the "Fermes d'Avenir" label. They designed the walled estate that still exists, with the 17th century house and the outbuildings of the abbey, which was destroyed during the Revolution. It was a family of local notables, the Platets, who bought the house and its vineyard, still surrounded by a wall.

Exceptionally, the Platet family, which later became Lombard-Platet, remained the owners of Château des Bachelards from 1793 to 2007! During this long period, the Château des Bachelards was ranked among the best estates in the region, its terroirs were judged to be remarkable, well situated and well exposed in the abundant wine literature of the 19th century and its quality was recognised. This is evidenced by the silver medals won at the London and Paris World Fairs. 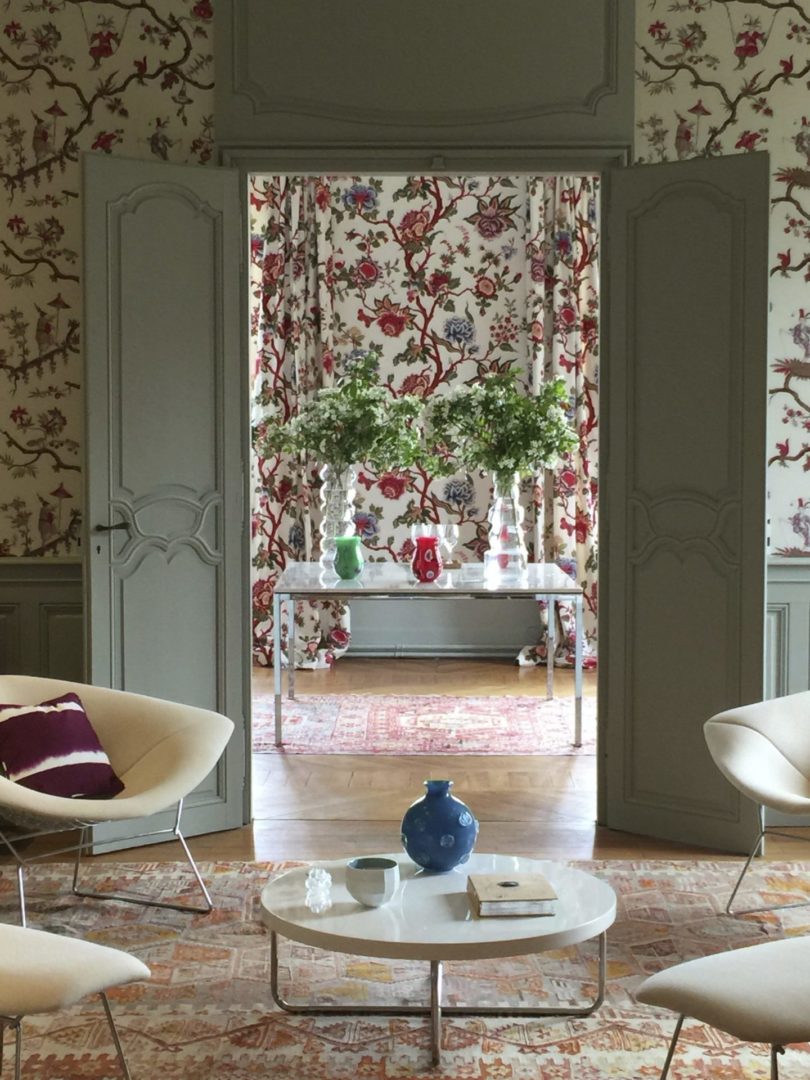 At the beginning of 2014, Alexandra de Vazeilles, a graduate in viticulture and oenology, acquired the Château des Bachelards, one of the most beautiful traditional residences in the Rhône, a vineyard with a large majority of very old vines, planted with top quality plants. The vineyard extends over 12 hectares, including 6 hectares in Fleurie, in a single block around the château, all surrounded by a walled area. In addition, there are hectares in Saint-Amour and Moulin-à-Vent. Alexandra de Vazeilles also vinifies and makes white Burgundy wines, as she likes Chardonnay on limestone, which produces taut, chiselled wines.

From the vine to the bottle

The wines of Château des Bachelards are regularly acclaimed by international critics:

- The wines of the 2014 vintage, the first vintage vinified and matured by Alexandra de Vazeilles, have been awarded by the Decanter World Wide Awards (DWWA).

- 18/20. They were also recognised by the Guide Vert des Meilleurs Vins de France de la RVF with a score of 18/20, awarded by Olivier Poussier, Best Sommelier of the World. The estate made it into the Guide from the first vintage, which is very rare for a new estate. The following year, in 2015, we received our first star from the Guide and the highest rating in the appellation for our Fleurie. This places Château des Bachelards among the top 200 estates in France.

- For Falstaff, the leading German-language wine magazine, the wines get the highest score of all the 450 Beaujolais wines with a score of 94/100.

- 1/425. Bill Nanson, the famous British critic, ranked our wines at the top of his list of 425 wines of the region for both vintages.

- Vinous, the great American wine magazine, also gave us a score of 94/100 for the 2014 and 2015 vintages. Château des Bachelards thus obtains the highest scores for all of its Beaujolais wines and even the highest for its Fleurie, for both the 2014 and 2015 vintages. Josh Raynolds says: "Based on the powerful yet graceful and balanced 2015s and equally fine but unfinished 2016s that Mme. de Vazeilles showed me, I'd place this estate among the top Beaujolais producers today.

- Blind Tasting, which represents the new generation of tasters and sommeliers, places the Fleurie du Château des Bachelards among the world's greatest wines with 95/100.

By breaking through the glass ceiling with these notes, we are taking the lead in the renaissance of great wines that the region was able to make for a thousand years and until the late 1970s. 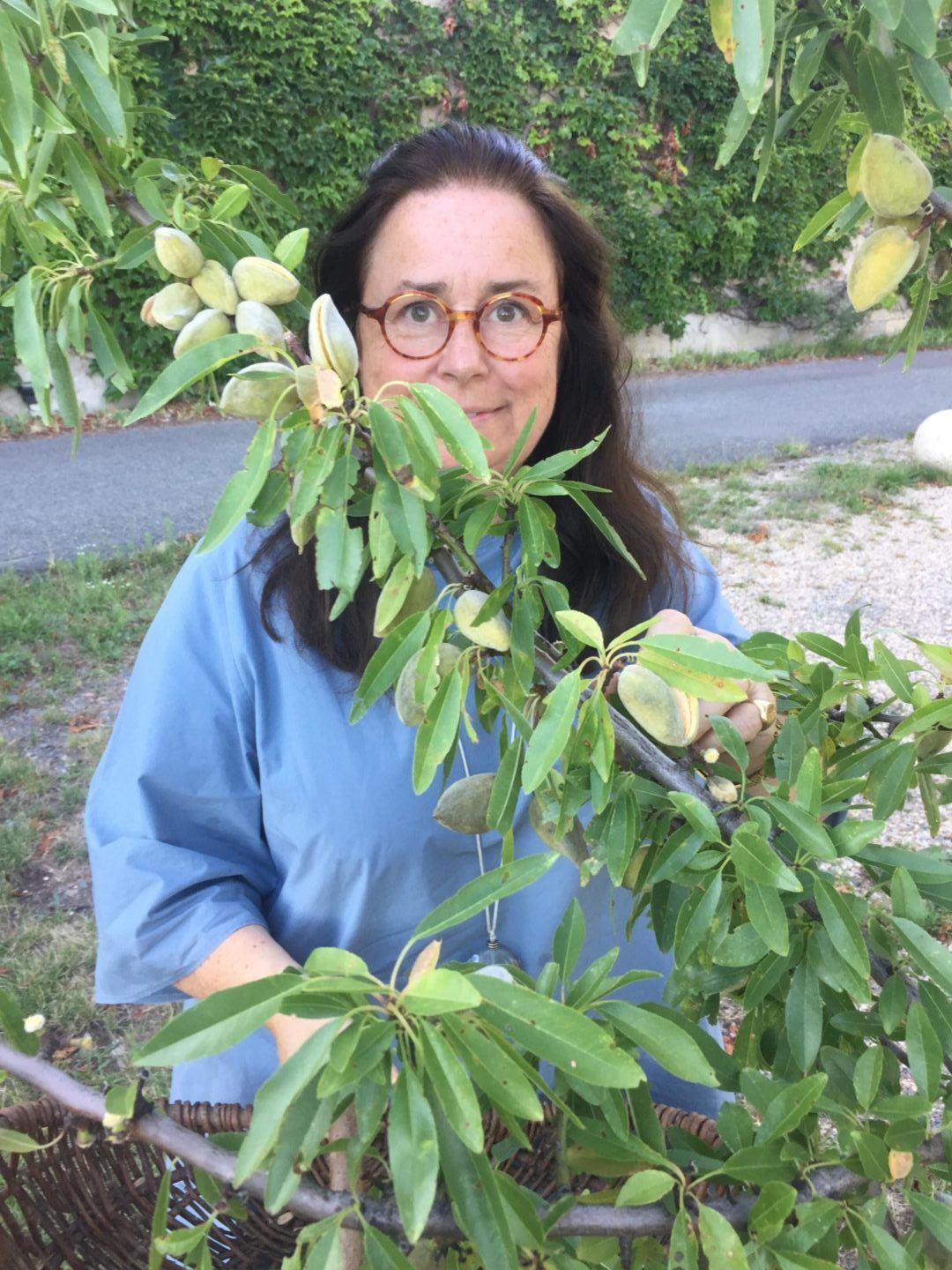 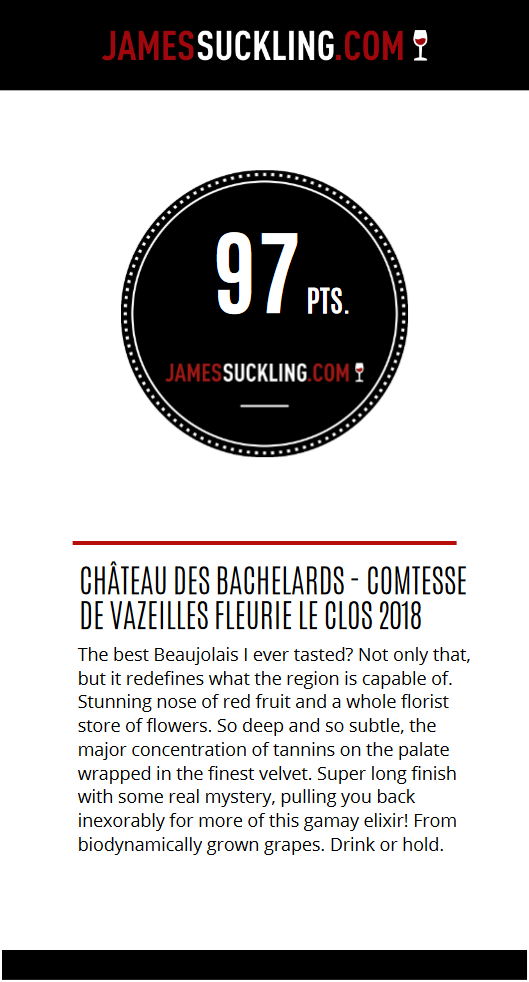 For me, what counts is respect for nature, eating good food and that the wine is at the top.
I make my wine for myself and I hope you enjoy it as much as I do.
Every year Mother Nature varies and gives us more or less sun, light, water, heat, cold, not to mention the inversion of the seasons which has now almost become a norm. So, what I like is to accompany Nature, above all not to oppose her by so-called technical means, and I help her to develop all her incredible energy throughout the season.

Then there are my loyal customers who have loved my wines since 2014, my first vintage here, and I thank them because without them I wouldn't be where I am today.
And then there are the tasters who rate the wines and give confidence to the market. And here I am spoiled because my wines have always been tasted and noted by the International Press and not the least: Vinous in the USA (ex Parker), Falstaff (the great German language magazine distributed in Germany, Austria and German-speaking Switzerland), and then the greatest, the most gifted too, James Suckling and Stuart Pigott who consecrated my work with the 2018 vintage. They tasted 480 Beaujolais wines and Bachelards came out on top, the best of the 480 wines with 97/100 for my Fleurie, Le Clos des Bachelards, and 96/100 for my Fleurie and Moulin-à-vent.
97/100 is a crazy score never before given to a wine from the region. It is a consecration. It puts my work and my wines on a par with the greatest wines in the world. Bachelards is now in the top 100 French wines alongside the greatest champagnes, iconic crus classés etc. I'm happy and I always have a tear in my eye when I talk about it. When I arrived here, I went against many historical Beaujolais practices as you have understood and I set up a new style of wine. This style is now recognised and I quote Stuart Pigott "Not only is this the best Beaujolais I have ever drunk in my life, but Alexandra de Vazeilles' wines prove what the terroirs of the region are capable of.

Register and don't miss any news from the Château des Bachelards.

"By drinking the organic and biodynamic Demeter certified wines of Château des Bachelards you are part of the solution, not part of the problem and we thank you for that." Alexandra de Vazeilles